HB 1842 (2015) created the law that allows for the designation of Districts of Innovation (DOI). The law can be found in Chapter 12A of the Texas Education Code (TEC). This chapter provides that a traditional school district that is rated acceptable or better may create a district-level innovation plan, potentially including exemptions from the vast majority of the TEC, which constitutes the state’s regulatory framework and statutory safety net for public schools.

Districts of Innovation may be exempted from a number of state statutes and will have:

HB 1842 specifies that “a local innovation plan must provide for a comprehensive educational program for the district, which may include:

A district may become a DOI by following these steps as laid out in statute:

During the February 8, 2017, Regular Board Meeting, the West ISD Board of Trustees held the Public Hearing and formed the District of Innovation Advisory Team. On February 21, 2017, David Truitt, Superintendent, notified the Commissioner of Education via email of West ISD's intent to study and possibly create a DOI plan.

The District of Innovation Advisory Team met on the following dates:

During the April 6, 2017, District of Innovation Advisory Team Meeting, the proposed West ISD DOI Plan was approved by a 20-0 vote by the DOI Advisory Team. Each team member signed off on the plan.

On Wednesday, May 10, 2017, a Public Hearing was held during the Regular Board Meeting to present and answer questions about the DOI Plan. Also on this night, the West ISD Board of Trustees approved the DOI Plan by a vote of 7-0. David Truitt, Superintendent, notified the Commissioner of Education via email of West ISD’s intent to vote on the proposed DOI Plan. Notification was also sent of the final vote and approval of the plan along with the West ISD DOI website link for posting purposes. This plan was set for the beginning of the 2017-2018 school year.

All meetings were open to the public. All meeting materials are posted on this site. For additional information, please contact David Truitt, Superintendent, at (254) 981-2000. 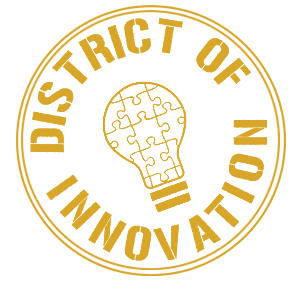